Sunday was a beautiful day here in Missouri, especially for February.  It was unusually mild, mid-50s and just a nice day to be outside.  So it was the day I decided to let the chickens out of their coop.  As the weather gets nicer I plan to let them out most of the day so that they can forage around and enjoy more space.  It was a little nerve wracking, letting them out of their safe space. I wondered if I would be able to get them back in the coop.  I was also worried about how our dogs Balto and Shadow would do and if they would bother them.  Balto is our new LGD and judging by the calm, protective way he had acted around all our other animals, I felt he woul be fine.  But I had no idea how Shadow, our black lab, would react.  But the time came when we were ready to let the chickens explore more of their world. 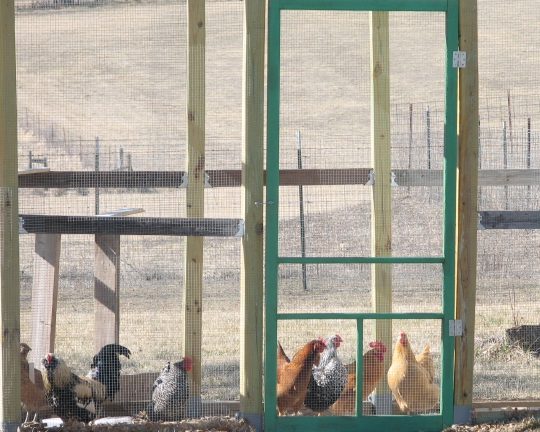 We opened their door…… 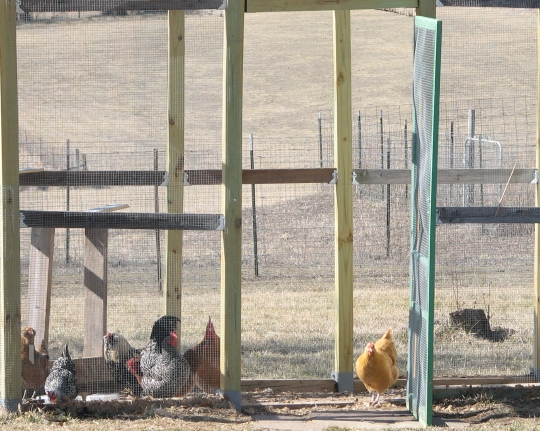 And it didn’t take long at all for them to venture out….. 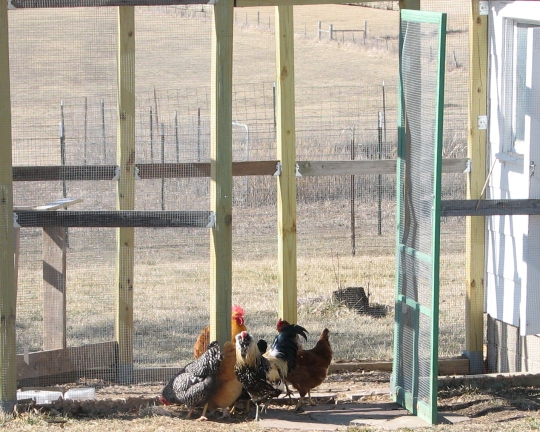 Balto took a good, up close (and rather personal) look to make sure all was well….. 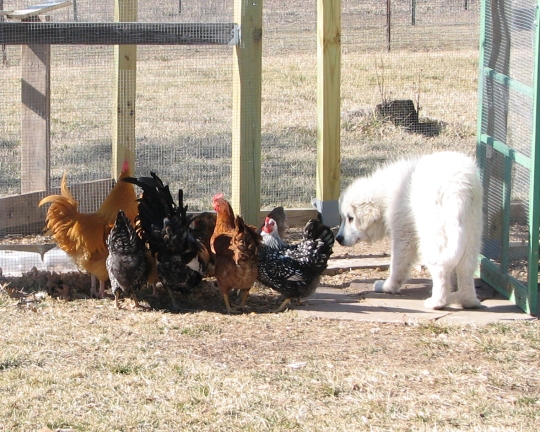 Then while the chickens were exploring the new world outside, Balto was curious about their world inside….. 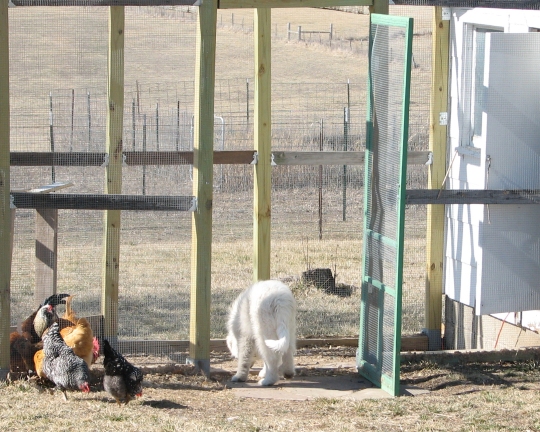 Shadow was perfect around the chickens…..didn’t scare them or bother them in any way.  Everyone got along beautifully. 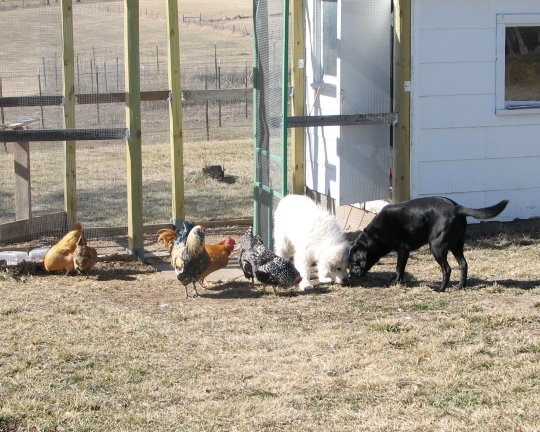 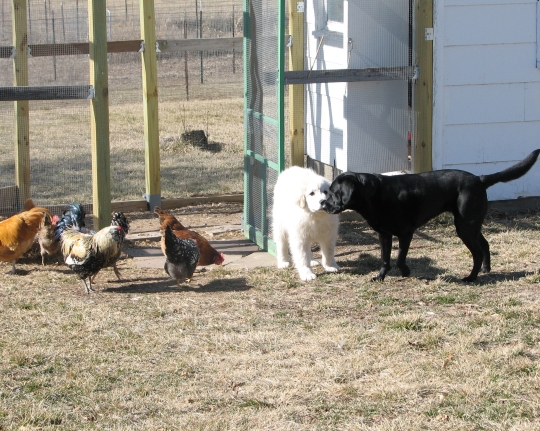 The chickens wandered a little further than I though they would, but when I went out around 5:00 to get them inside and safe for the night, they were already settled down back in their coop.  The chickens first day out went really well. 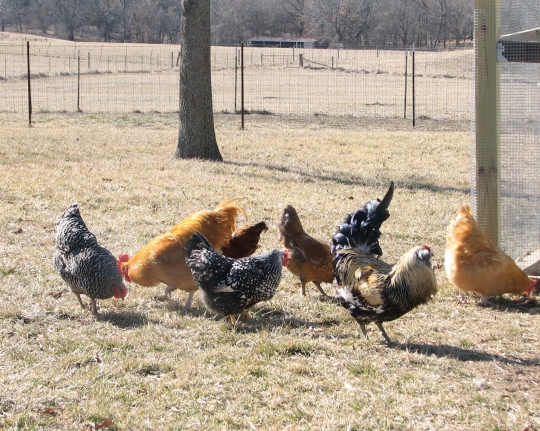 Afraid of the Egg?